Alex Weber was only sixteen years old when she began this work.  From ABOUT on her website, she describes how it started:

"In the spring of 2016, my dad (Mike Weber) and I (Alex Weber) were freediving along the central coast of California in the shallow waters adjacent to the Pebble Beach golf course, when we came across a discovery that had never been reported before. Thousands of golf balls blanketed the seafloor, and inhabited nearly every crack and crevice in the underwater and onshore environment. The overabundance of inorganic materials was overwhelming but for a second it did not phase us. As we began diving to the bottom to collect the balls, we realized what perfect freediving training it was and the whole operation felt like a fun game; we were having a blast. But soon, the enormity and vast scale of the pollution set in and it made me feel sick to my stomach."

She could be spending her time standing in the middle of a mob with a protest sign.  Instead she's taking action on her own.  Each of the videos on her website is worth watching 'tho much of what you see might make you, too, sick to your stomach:

Not a sea turtle: resident tortoise, the flip side

He (or she) is a work of art, painted by nature. 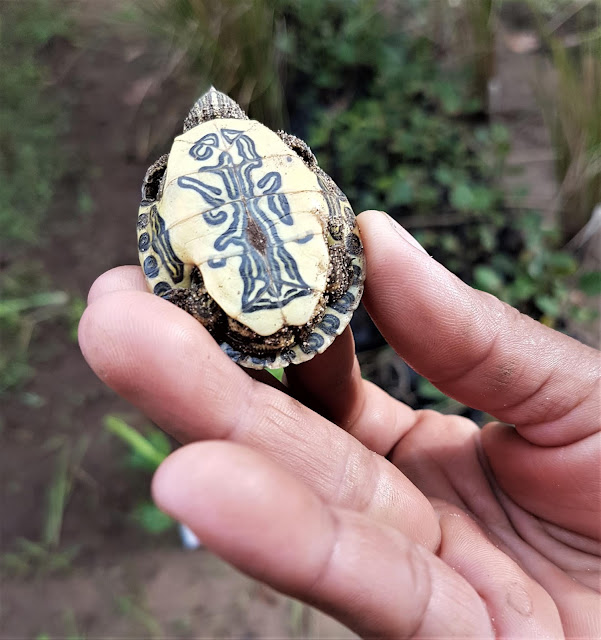 Not a sea turtle: resident tortoise

We treasure the sea turtles that come out of the Caribbean to nest at False Bluff.  But we treasure our tortoises too.  This one lives in our plant nursery. 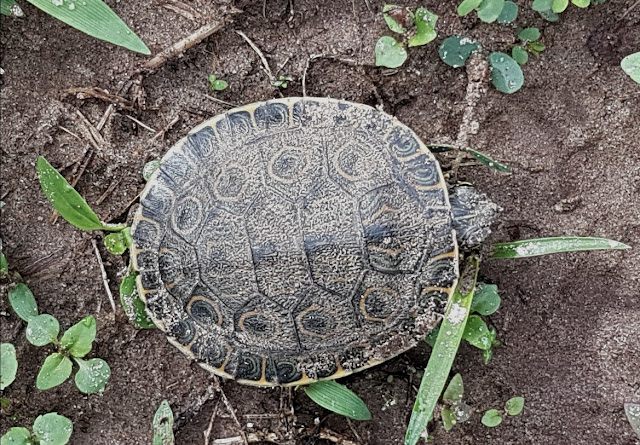 The pictures below puts it in perspective; and there's probably somebody out there who can look at this and tell us whether it's a male or a female. 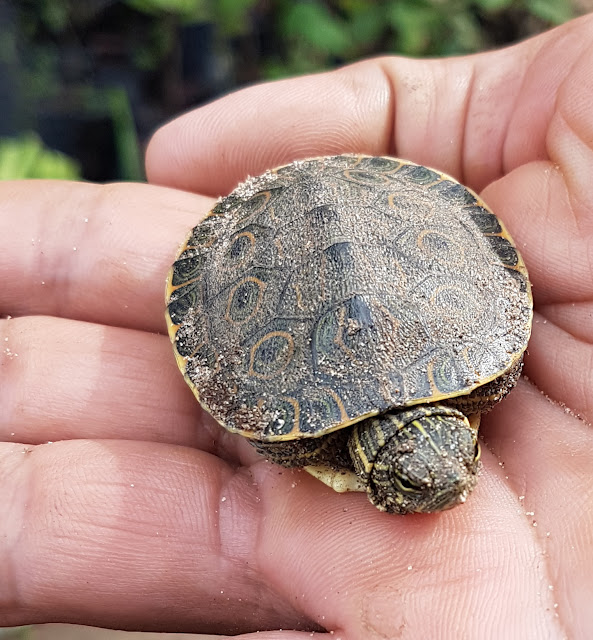 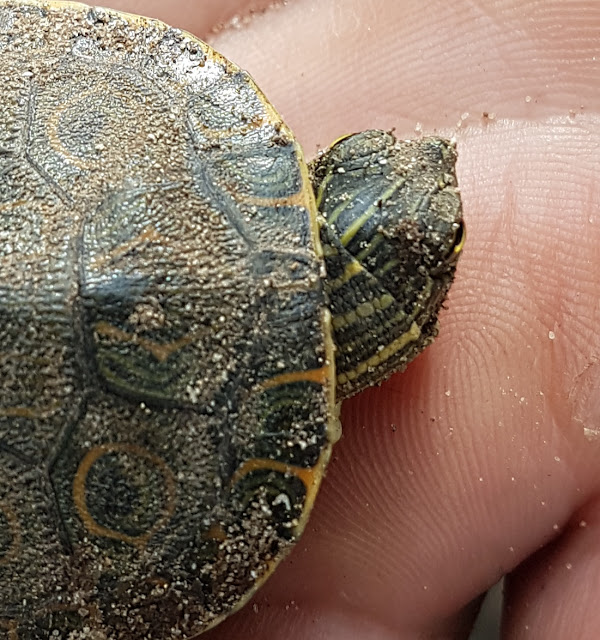 Known to most people as Father Floriano...or Padre Floriano...he is the Vicar General of the new diocese of Bluefields, the person who is second in command of the region's Catholic Church.  The church building itself is impressive and known locally as the cathedral. 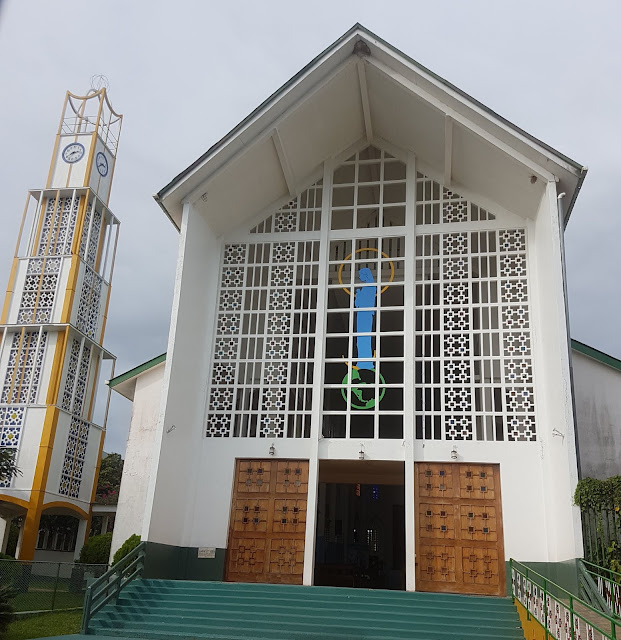 Below is a detail from the front of the building.

Father Floriano is a member of one of Nicaragua's indigenous Indian tribes and speaks multiple languages, including his native tongue of Miskito, Spanish, Creole, and English.  These languages - and more - are spoken throughout the country's autonomous regions; and his parishioners are as diverse as the languages in the region.
The photo below is from the news story early in 2018 which announced his promotion to Vicar General. 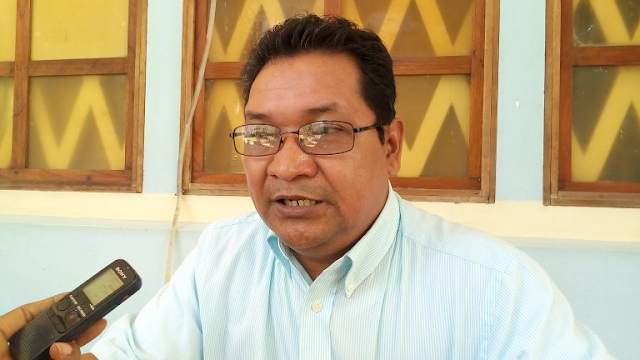 I don't know how much of RACCS is covered by the Bluefields' diocese, but it's a lot of territory; and in the absence of the Bishop, Father Floriano is in charge, able and required to do all that the Bishop himself might do.  In an interview after his promotion he said "...it is a charge not of prize, but of much responsibility."
My introduction to Father Floriano was when he officiated at the marriage of a dear friend, and he was dressed for the occasion.  During most of my interactions with him since then he has been in more casual attire.  I asked him to dress up a bit for the two pics below...which he did. 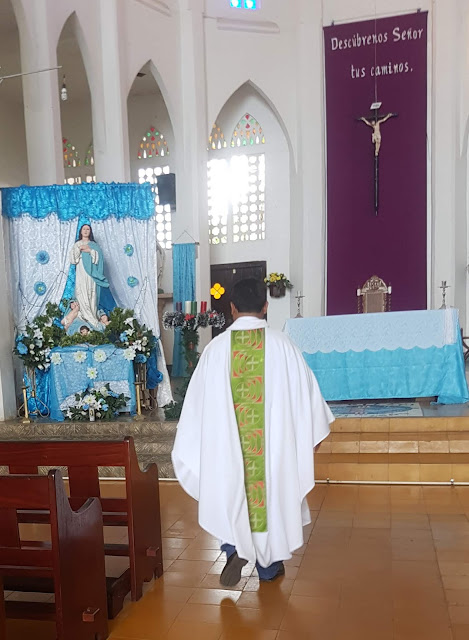 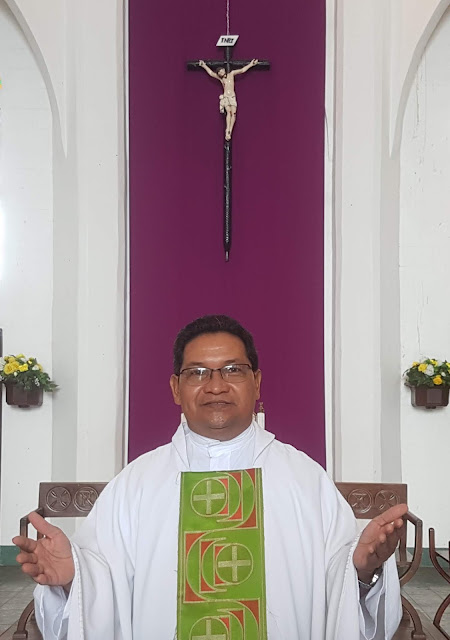 He's very much involved in the daily lives of his congregation; and during a recent visit I was invited along when he drove a bunch of us out NIC-71 one Saturday.  He seemed to enjoy the trip and the picnic just as much as the rest of us did. 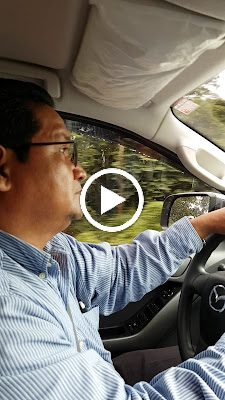 Some orchids are terrestrial

This lovely orchid is one which Jacinta introduced to False Bluff.  It likes where it is in very moist ground and is expanding into a large clump.  Shown here, its flowers are coming one after another...with a sweet scent that's strong enough to smell from several feet away.
The flower is a subtle beauty... 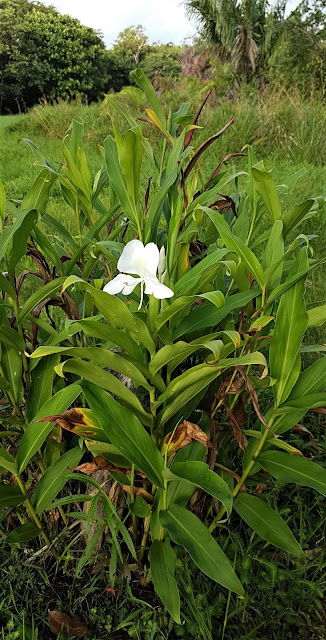 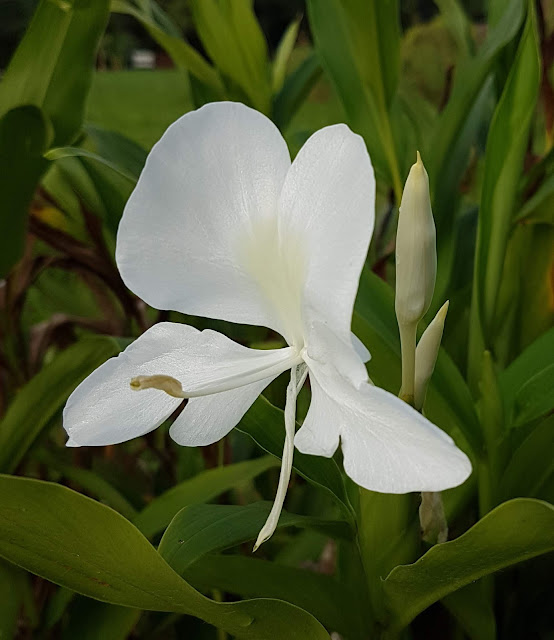 ...with a lovely texture. 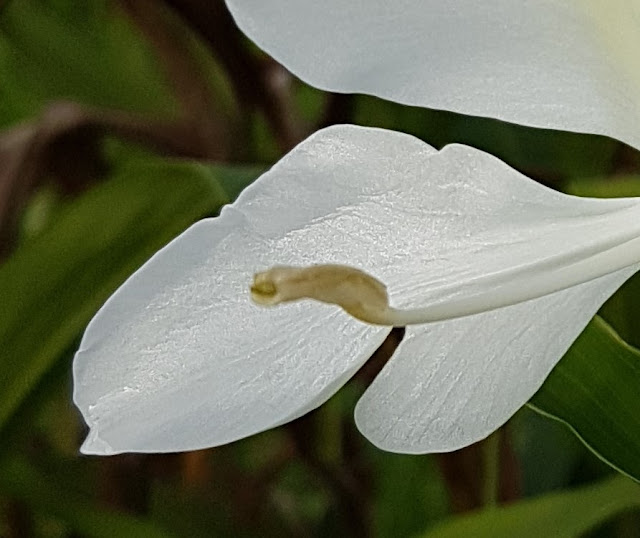