Clearing and planting South False Bluff is progressing at a steady pace.  The southern farms were purchased a few years ago before the power line had been cut through.  The vegetation was very thick and difficult to get through.  Using Google Earth we could see a very large brown area which appeared to be an estuary.  The jungle was difficult to get through and you couldn't see much of the estuary.  When the power line was cut, it opened everything up and allowed for a wide view of the estuary so you can start to get an idea of just how large it is. 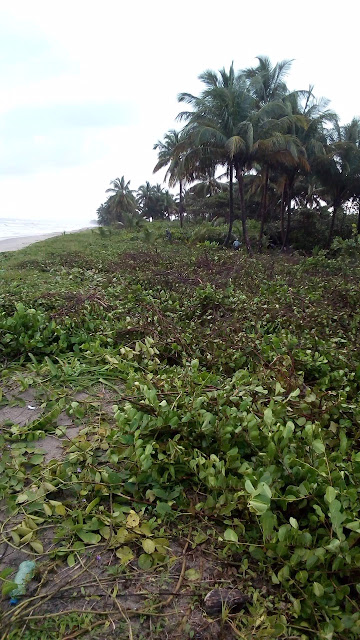 In the few years since the power line was cut you can see how quickly the vegetation has grown back up. 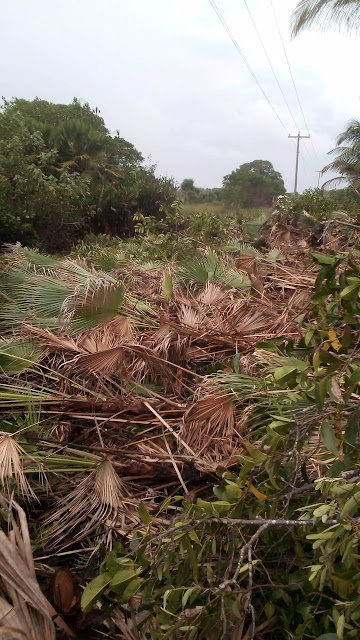 You can now start to see the extent of the estuary.  Hopefully one day after the trails have been cut in a nice viewing platform can also be built. 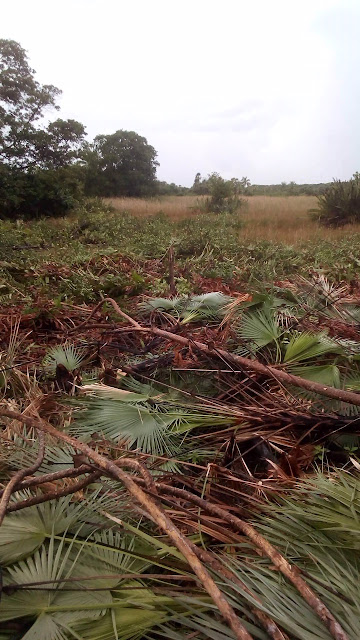 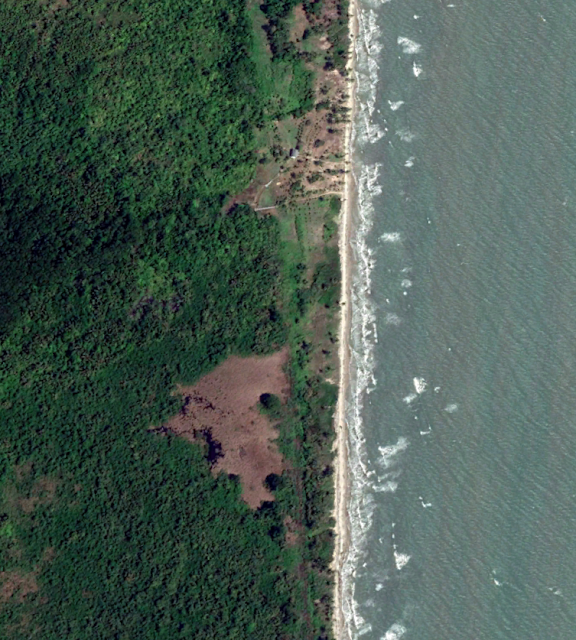 It seems that groups of Pelicans have several names such as a pod, pouch, scoop, or a squadron.  They usually patrol in the single file line but occasionally we will see them in the V pattern. 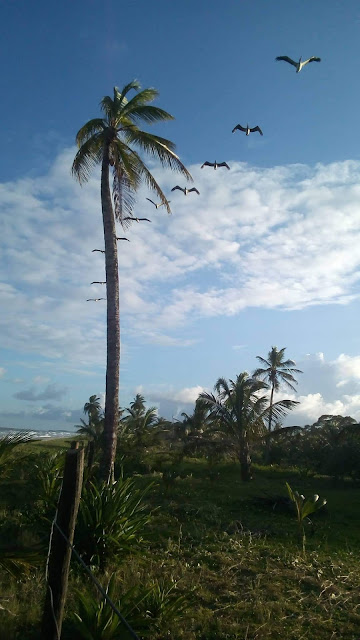 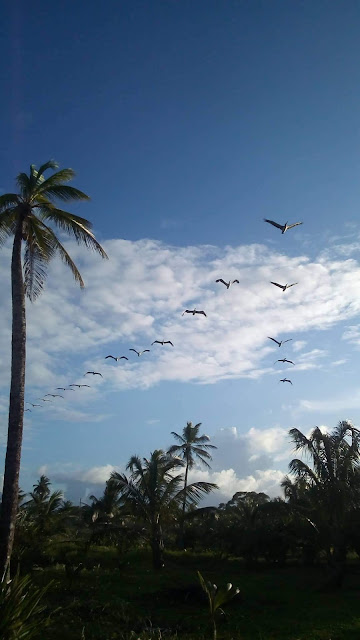 Posted by HawK at 10:00 AM
Email ThisBlogThis!Share to TwitterShare to FacebookShare to Pinterest
Newer Posts Older Posts Home
Subscribe to: Posts (Atom)