During the first phase of the False Bluff project we accomplished four things:  opened the creek so that travel to the property by way of the Caribbean would no longer be necessary;  cleared enough land to be able to move around;  dug a well to provide fresh water;  and built a place to live for those who would maintain and oversee the property in my absence.
The second phase would expand on or correct two of the previous things:  provide additional living space and dig a second well because of problems with the first.
After living at False Bluff during part of the first phase, I changed what I had planned for the expanded housing that was to be built during this phase of the project.   My initial plan had been to add a long low addition to the original structure, with all the rooms facing the Caribbean to the east.   Instead only a breezeway and a windowless storage room attached to the original structure would face east.   The rest of the new construction would go west and up:  the result is L-shaped and has two stories.
The first part of this job was, of course, to put in a foundation and pour the slabs that would define the new spaces.

Foundation for storage room and kitchen 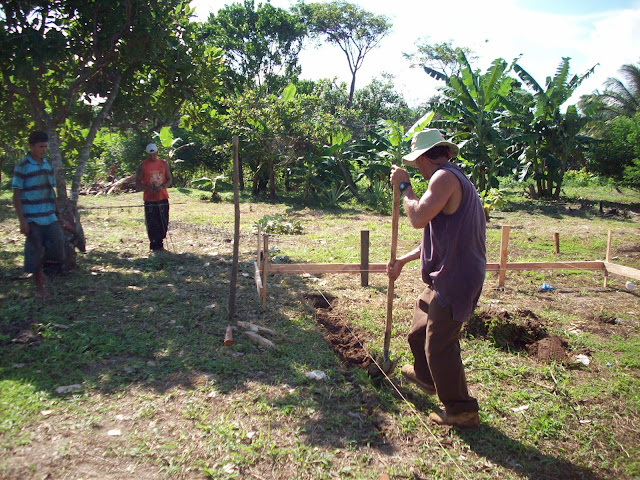 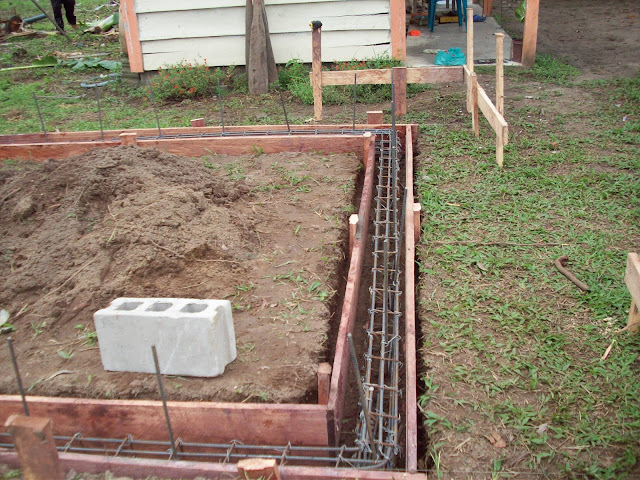 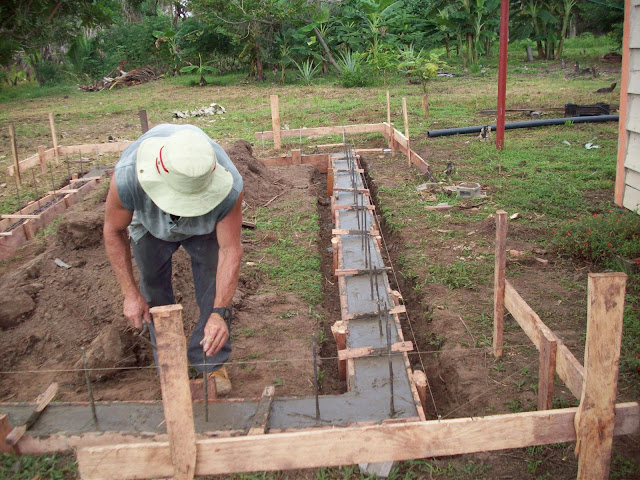 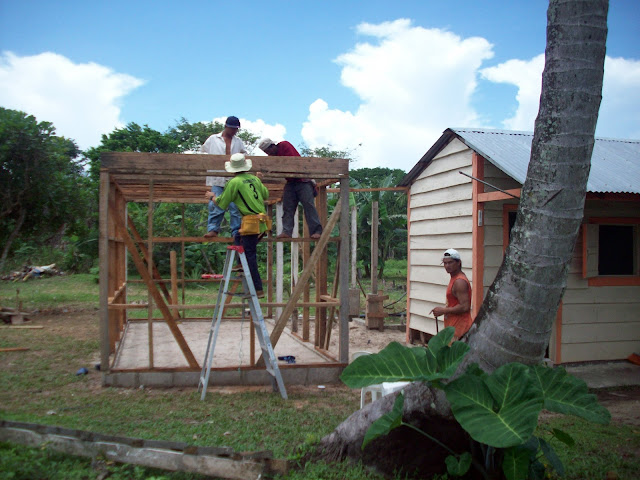 Slab for breezeway and stairs 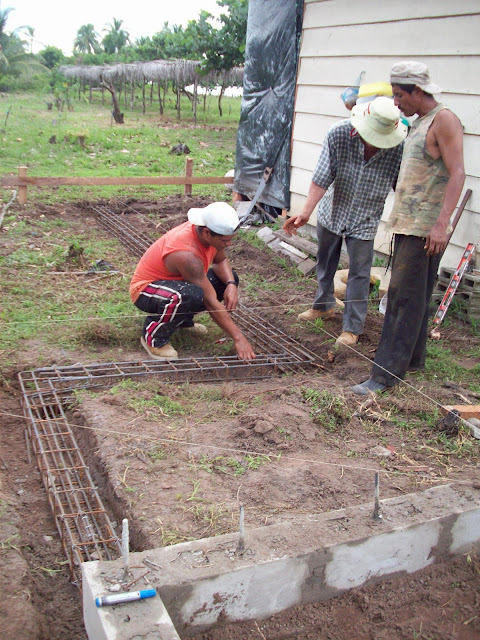