Some delicious meals have come out of our outdoor kitchen which is fairly typical of kitchens in remote and/or isolated areas.  These are usually small buildings with a thatch roof and sides of plastic-sheeting.
For cooking in these kitchens, sand is piled in a box-like platform that is built to a comfortable level. On top of the sand are cinder blocks, two or four or more depending on how large a cooking surface you want. On top of the block, pieces of metal are laid to form a kind of grill on which the pot(s) sits...usually just one pot at a time. On the sand and between the cinder blocks and under the 'grill' is an open fire.  Voila...a stove.  Some of the best bread I've tasted was cooked on a stove just like this.
In the old kitchen the view was great but the cooking and cleaning were time consuming and at an awkward distance from living quarters - for hauling wood and water - especially when it rained.
In the new kitchen the open fire is contained in a charcoal/woodburning 'cooker' that was made to order in Bluefields.  This new stove sits in a breezeway in the house right near the kitchen and the kitchen sink: all under roof.  Cooking on this stove is simpler...and it holds multiple pots!
Later we'll have a propane stove but for now keeping a full tank is not on the to-do list.

Here is the original kitchen, built on the site of an early camping trip where we hung hammocks in the trees.
Outside... 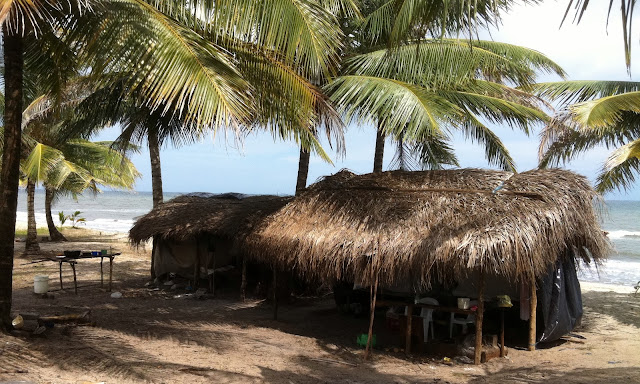 Here is the new kitchen.  Opening on a breezeway of the new house, it has a large window to the south. 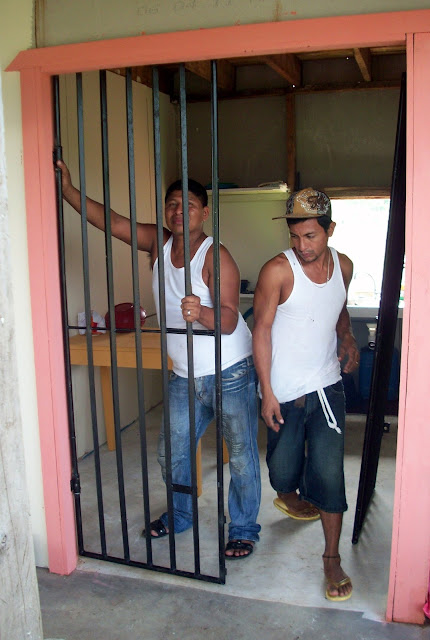 Making the most of space 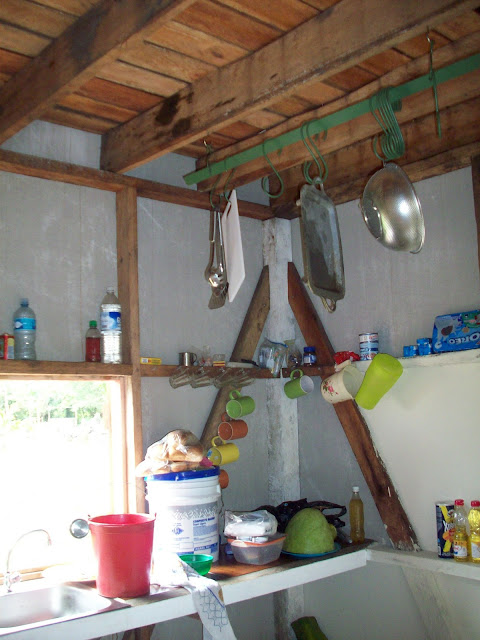 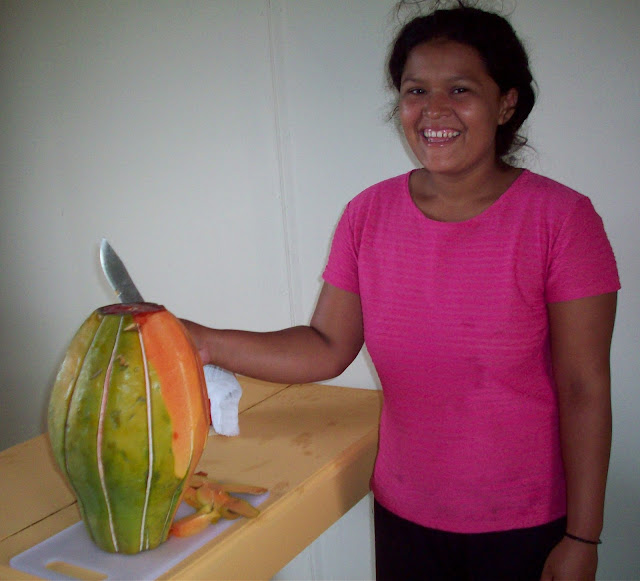