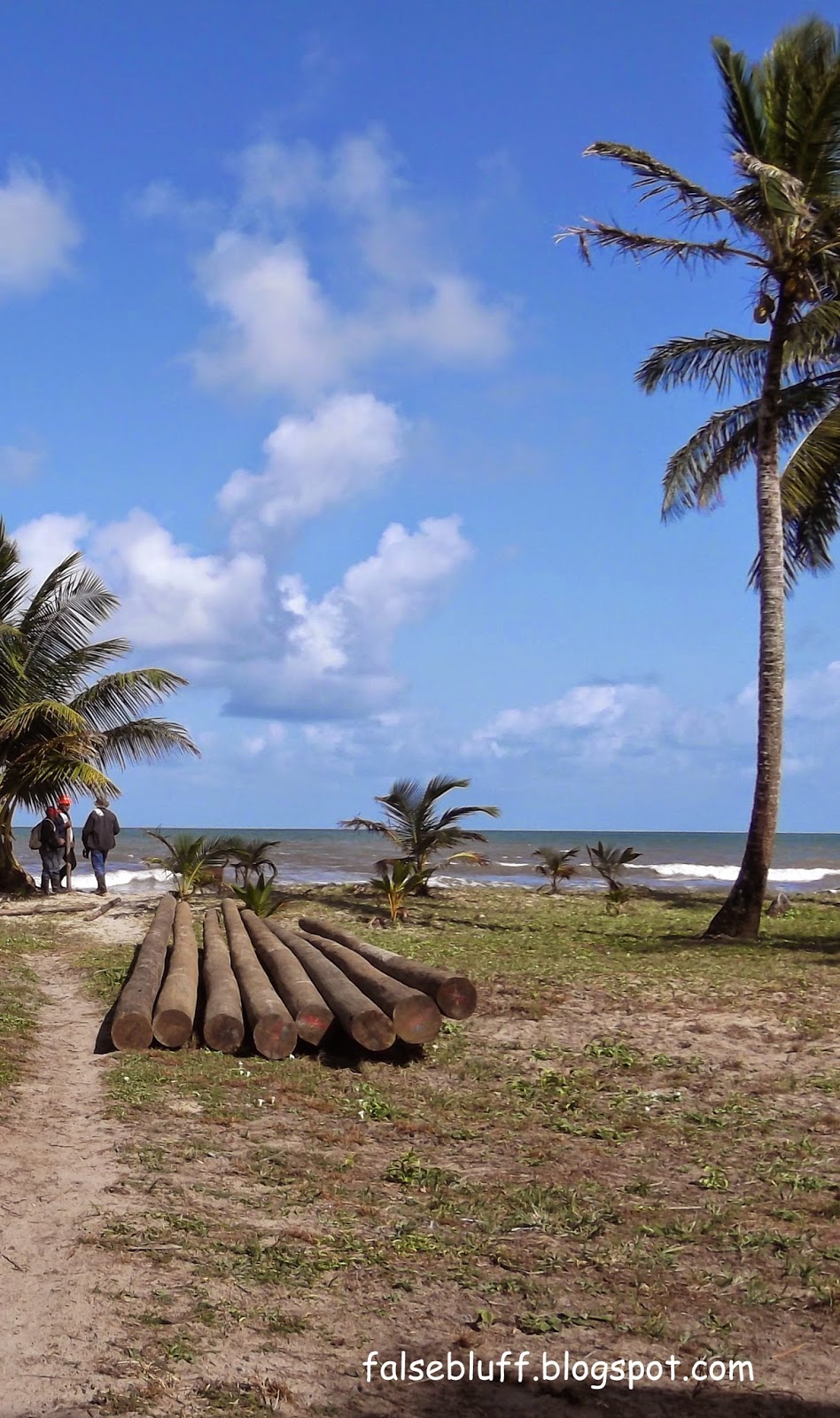 Anticipating having to put each pole in a specific place, engineers had simply marked the future site of each pole with a stick, something cut from whatever was close at hand.  Then between the beach and the 'marking stick' a narrow pathway was cleared that would allow each pole to be moved to its final resting place somewhere along the right-of=way.  These narrow pathways would be the shortest distances that men would have to carry the poles...if the men could get the poles to where the pathways opened at intervals along the beach. 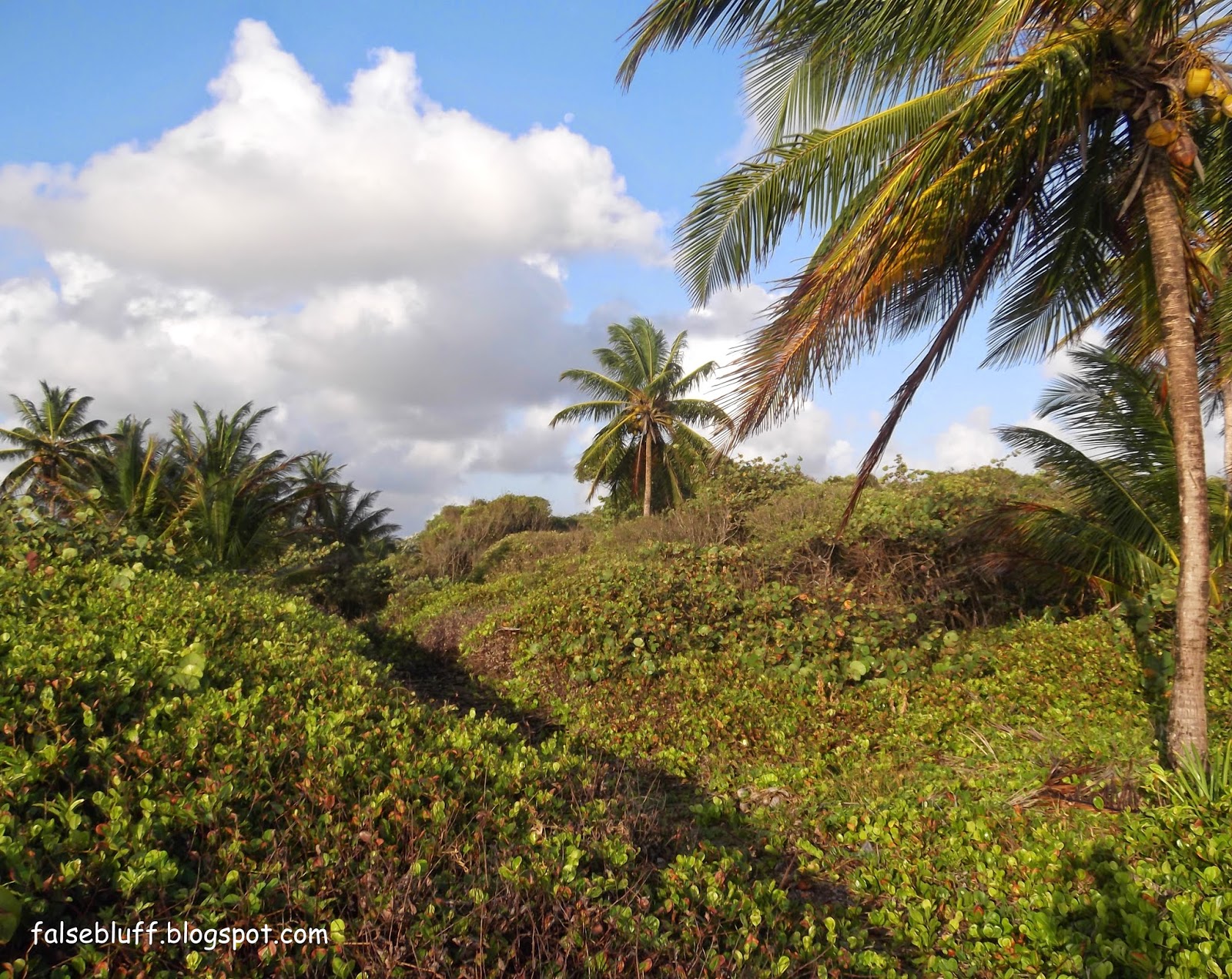 There aren't roads anywhere on this stretch of coast; and the 'bush' or undergrowth is so thick along most of it, that short of clearing everything, there's no way for any kind of vehicle - even a tractor - to carry a pole from the beach to the right-of-way. (One day, walking north along the right-of-way, a nice cool breeze hit me from out of nowhere, with no sign of leaves or brush moving...took me a couple of seconds to realize that what I was feeling was the breeze off the Caribbean, moving through one of the cleared pathways.)
This ENEL project, however, required that the poles must move, one by one, from our front yard to the location at which each would be set in the ground....and I was going to learn that the Caribbean itself was going to help make this happen.
Posted by False Bluff at 11:38 AM