Drupes...who knew - and who cares

By definition a drupe is a fruit that's fleshy on the outside but with a shell covering the outside of the seed of the fruit - the cashew in this case. 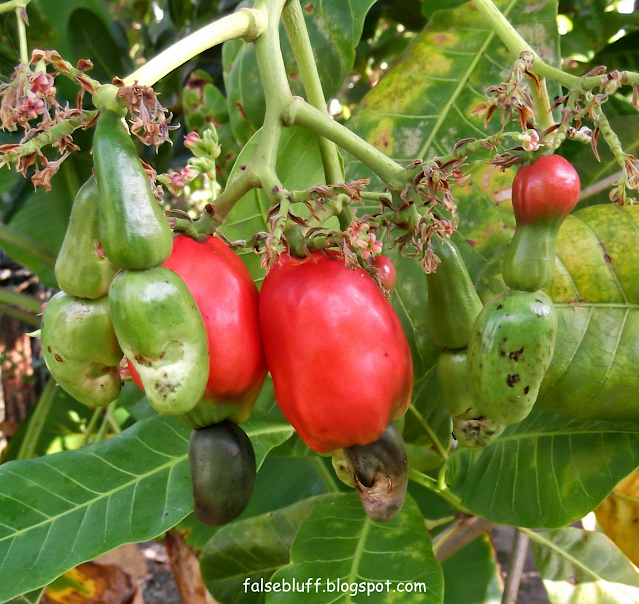 The common naming of the cashew fruit as an apple just adds more confusion to classification and names since the cashew is not at all kin to an apple.  They're not even in the same family.  The cashew tree family is Anacardiaceae while the apple tree family is in the Rosaceale.  (This is really important stuff here.)

At False Bluff we have trees that produce both red and yellow cashew apples which make for really good eating.  However, like the fruit of the pawpaw tree, a US native, a cashew apple is very fragile...too fragile to make it to a grocery store shelf in any appetizing way. 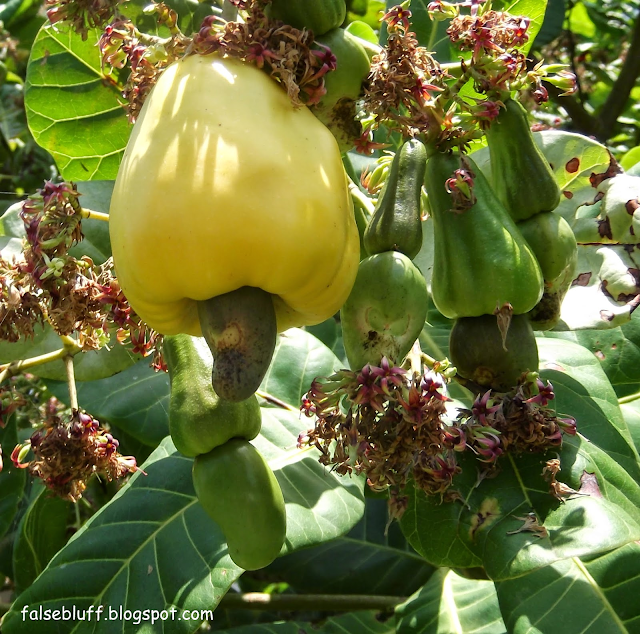 So we just pick and eat the cashew apple right off the tree.  And like the fragile pawpaw, the apples of the cashew tree make wonderful jams and jellies.

We simply don't bother with the cashew seeds though....those things that are labeled "nuts" and are so very expensive in grocery stores.  There are several reasons for the cost of the things - but that's another story.