I'm sorry we lost some coconut trees but was surprised that despite heavy winds the only ones that were downed weren't too healthy to start with.  They either never got a good grip on the ground or they were hacked with machetes over and over for years.  Many young coconut trees at False Bluff were planted by nature:  a 'nut hit the ground and just took root.  We've planted more than 400 new trees as we've cleared land, and each new sprouted coconut goes into a hole, dug just for it. 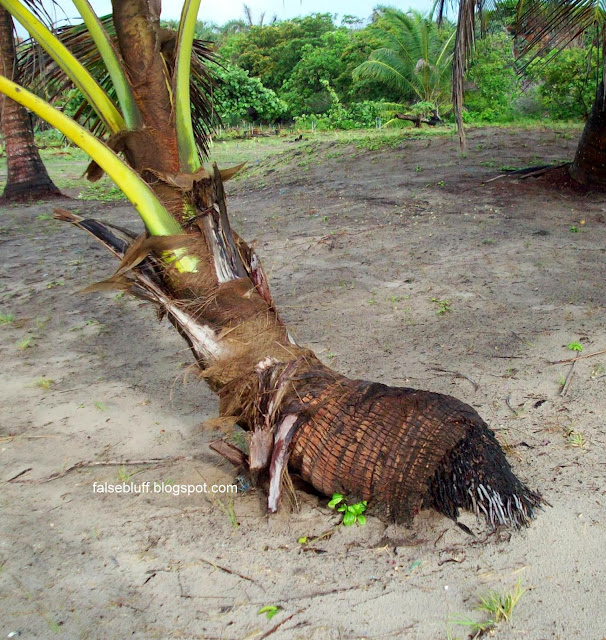 And I'm not too fond of a green net over the roof of the house, but I like it more than I did when it was first installed. If it keeps the roof in place I can like a green net a whole lot. 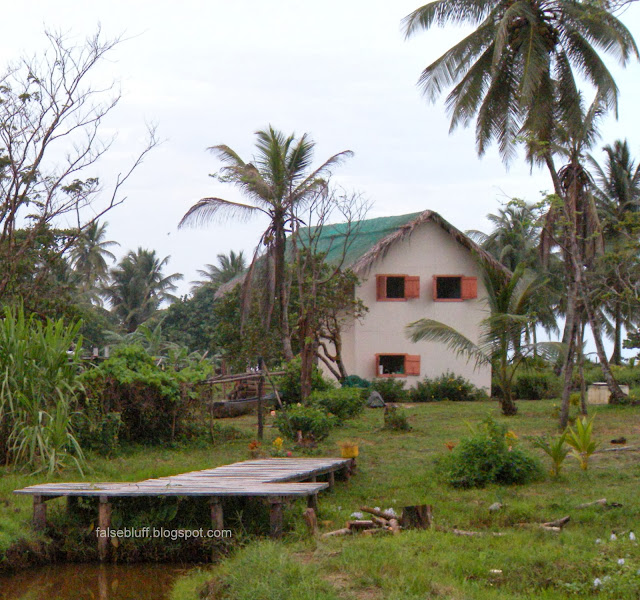 What I really miss is the little palapa.  The first structure, it was built as a field kitchen and continued to be used as a kitchen until the house was built. 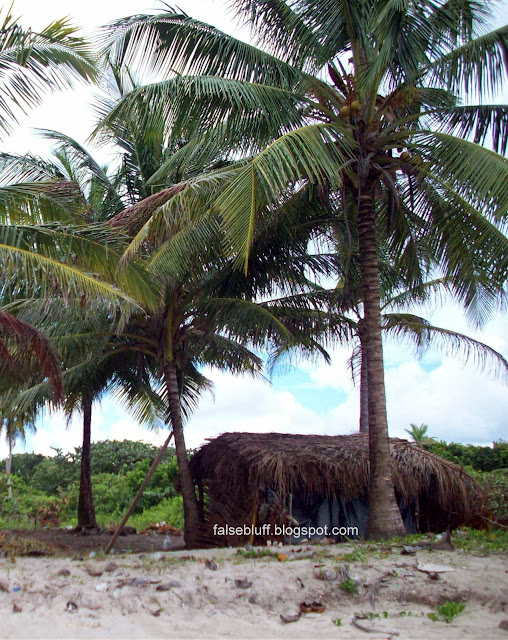 Once we had a real kitchen, the palapa was retrofitted and really became a palapa:  the plastic walls were removed and benches were added. It became a peaceful shady shady spot right beside the sea. 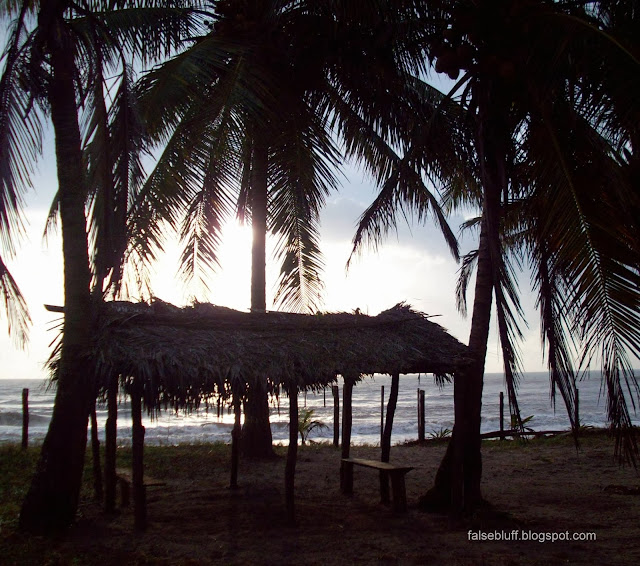 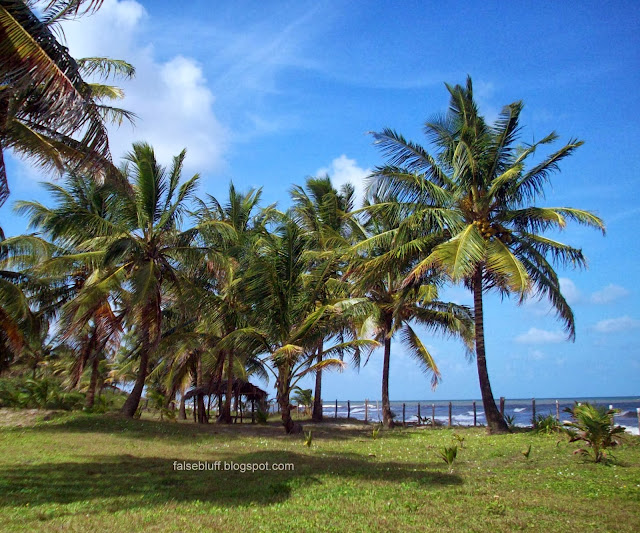 A part of our landscape for years....and then not. 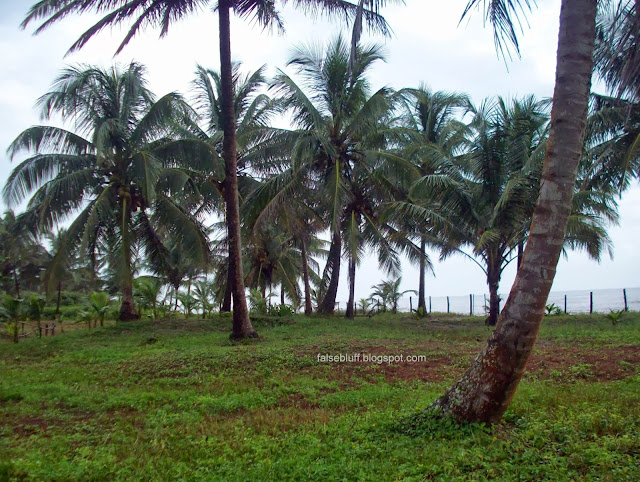