Unless the coconut's going to be used right away, people who harvest them don't take the whole thing. The outer covering, the husk, is removed first, a procedure that makes them much easier to pack and move, since at least half their weight is the husk.
I'm sure there are places where husking is done by machines but there's no place like that near False Bluff.  It's done by hand and it's pretty labor intensive work. I recently gave coconuts to a man who works for me, telling him to take every coconut he could pick up or knock off a tree.  He and two helpers harvested, husked, and bagged more than a thousand over a three-day period and piled the husks for burning.  Two days after they'd gone with all those coconuts, more ripe 'nuts were falling from the trees..........


Palm trees old, palm trees new, and coconuts waiting to be put in a pile somewhere. 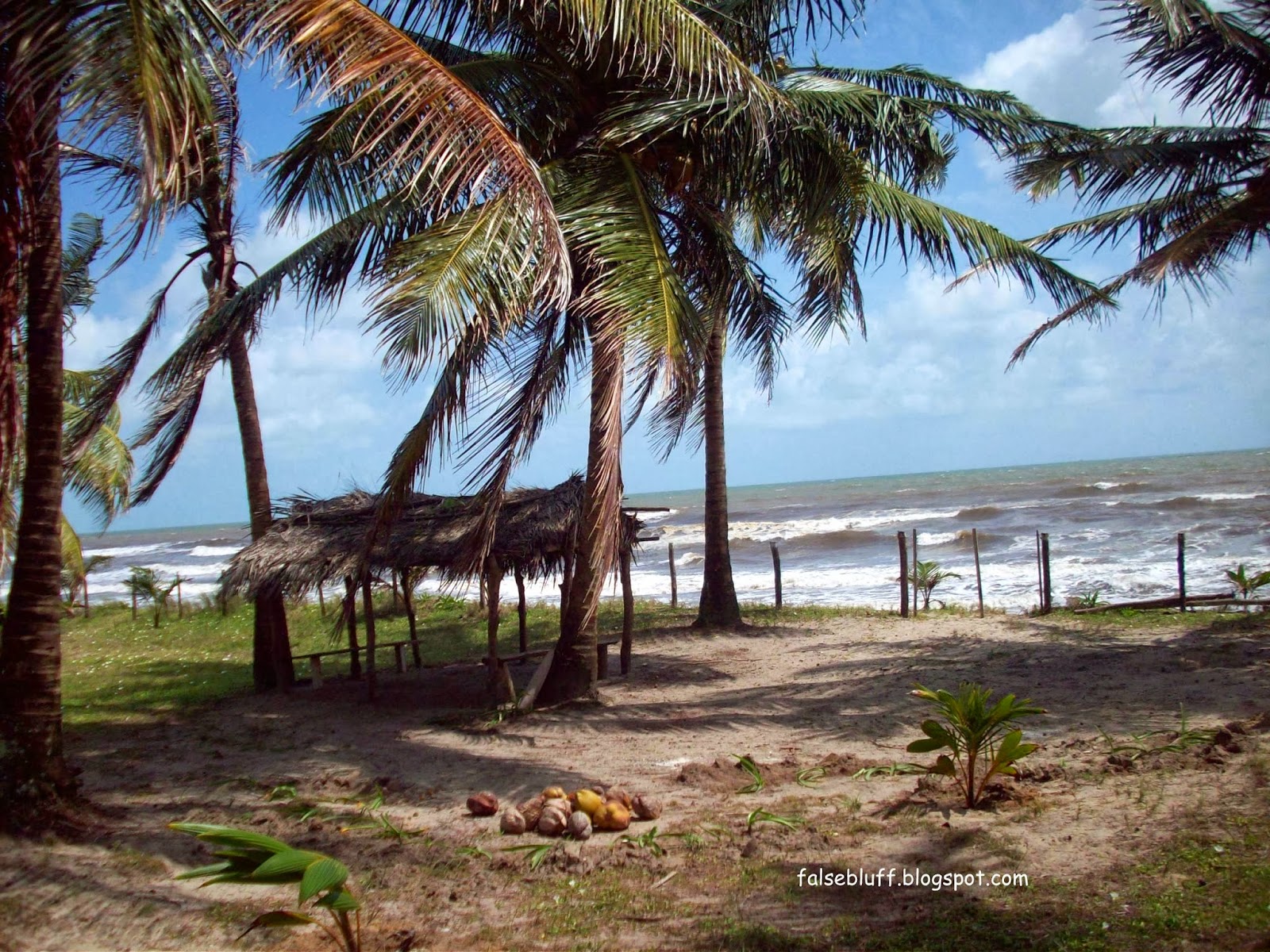