I really like the look of the trees but I'm tired of almost everything else about them. A coconut tree doesn't produce just a single crop of 'nuts a year, the way apple trees produce apples. Ripe coconuts are falling or being picked off a tree at the same time baby coconuts are being formed.
None of the tree's debris rots quickly.  Piles of husks that were decades old were a big part of early clearing and cleaning at False Bluff (all those stolen coconuts).  Now, on a daily basis, we collect fallen 'nuts in a wheelbarrow for stacking in one pile and drag the fronds to another pile for burning. In the recent past we spread coconuts in a shady spot to sprout for later planting. But I've planted more than 400 young coconut trees since I started this project so the overwhelming need for baby plants has decreased.  Now the piles just get bigger, and the coconuts get used 'as needed' around the house or are given to visitors. 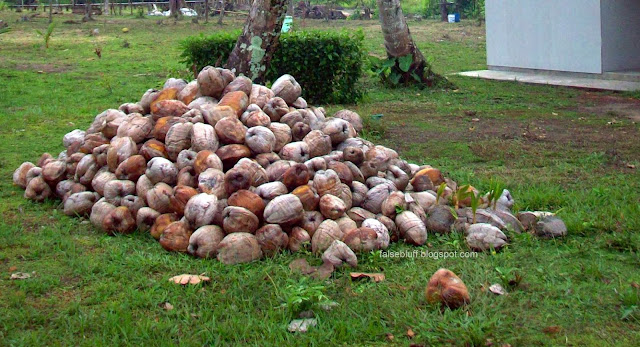 The fallen fronds from a mature tree are twelve to fourteen feet long and really heavy.  They don't fit in the wheelbarrow so we end up dragging them long distances...who wants a pile of coconut fronds in front of the house? 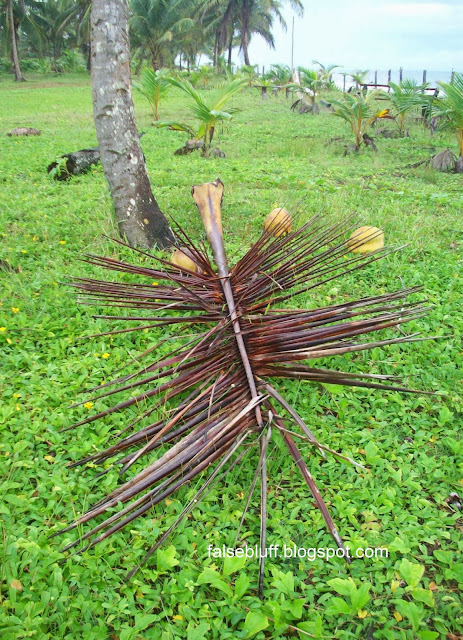 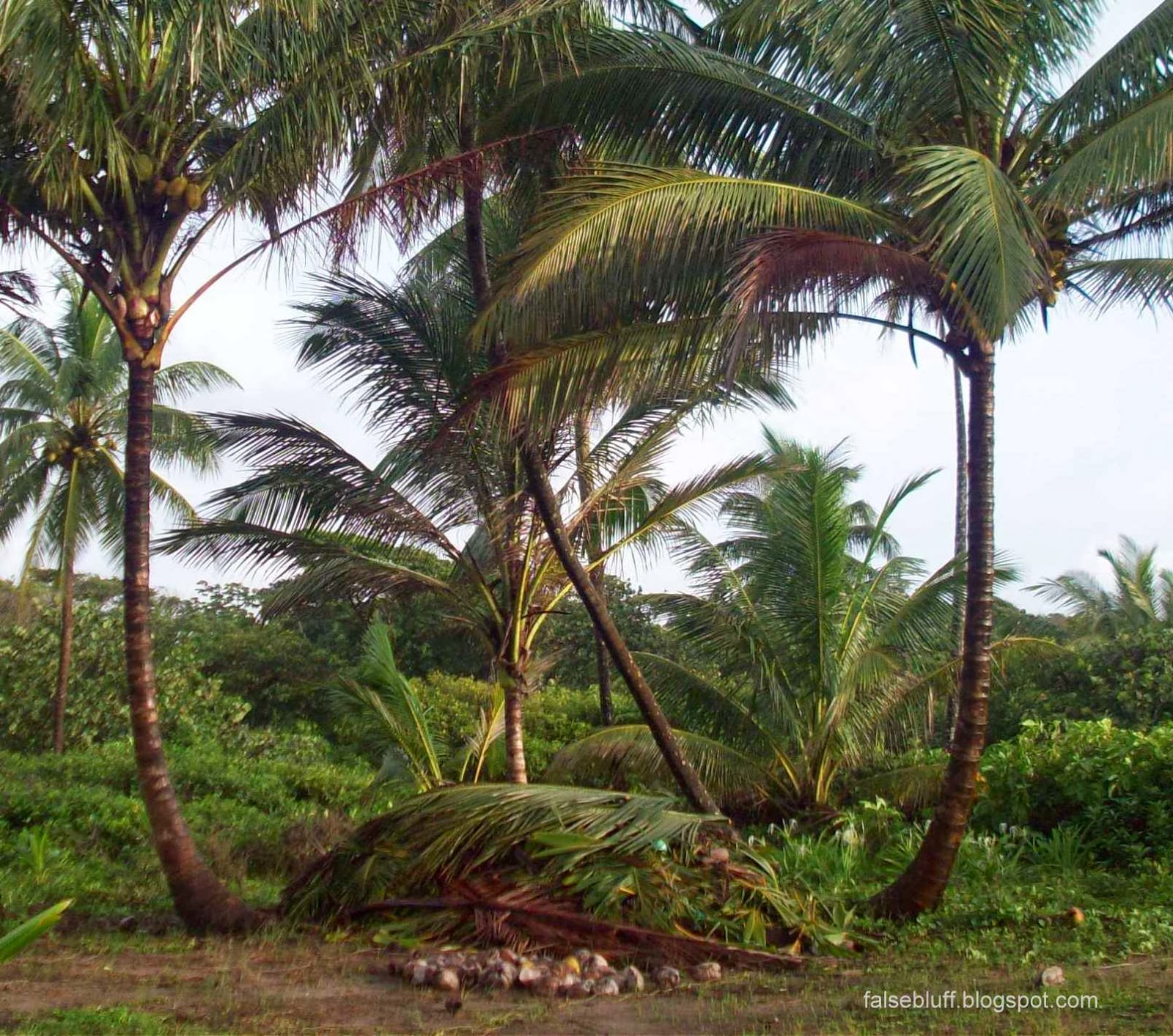