Nicaragua's money is the "cordoba," with the accent on the "cor."  At least that's how cordoba's pronounced in much of Nicaragua.
But in Bluefields most everybody pronounces cordoba like the word is spelled "car-d'ba."
The United States has nicknames for some of its coins. For instance the word "quarter" is used for the coin that equals one-quarter of a dollar. Nicaragua just tells it like it is. A five-cordoba coin is known as "five cordobas," and a twenty-cordoba coin is known as "twenty cordobas" and so on...nary a nickname.
Nicaragua's bills are different colors, according to each bill's face value.  For instance, the five-hundred-cordoba bill is red.  But my favorite is the fifty-cordoba bill: it's a really pretty shade of violet!
I only had the green bill and a few coins for this shot (and yes, there's a little window on a lot of the bills). 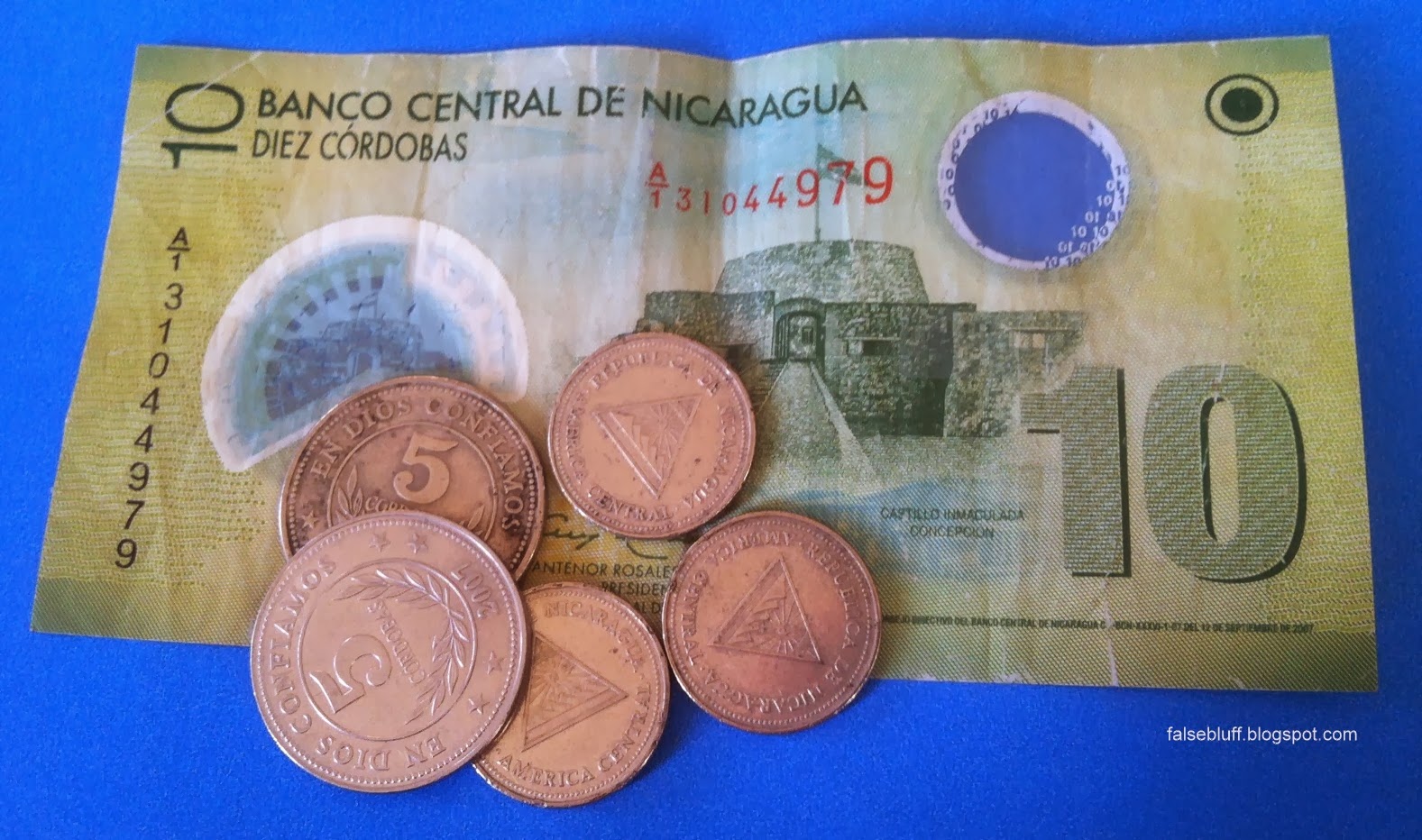