American Airlines recently announced they will begin flying to Managua again - after more than two years.  The airline made it official enough so that it showed up on the US state department page.

So I booked a flight using a ticket I had purchased more than two years ago.  However, I'm keeping my fingers crossed since that ticket was repeatedly put on hold as the "we're going to fly to Managua" statements turned out to not be true.

Prior to American's announcement, flight craziness for travel between the USA and Nicaragua nudged us into trying Avianca for the first time in our years of traveling there. The differences were like anything different...they took a bit of getting used to.  But overall we have been both surprised and pleased.

Part of the surprise was that Avianca served a meal...not just two cookies or a half ounce of tiny pretzels...but food. Not hot on a plate with utensils and a napkin...but food. 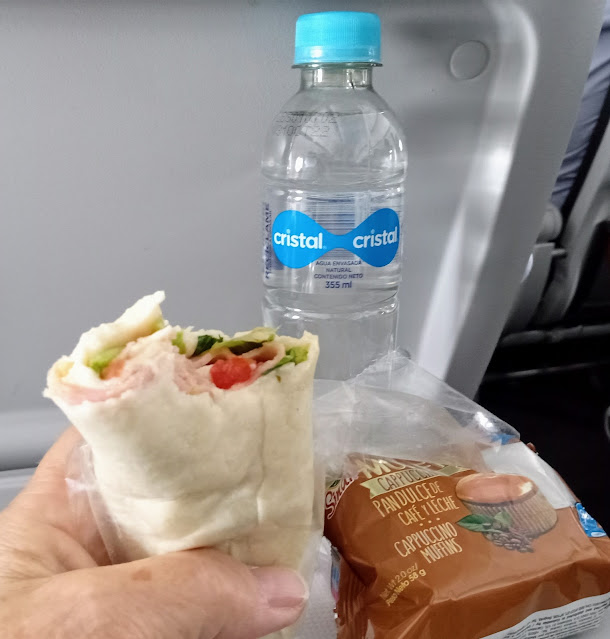 Another of the 'differences' was where in the grand scheme of the Miami airport (MIA) Avianca is actually located. We're accustomed to more than a decade of the "D" gates. Avianca gates are "F" and are about as far from D as you can get.

Although the drawing of MIA, below, shows D and F are pretty close together, getting to F from D is not as simple as it looks. Good exercise though. So, in the future, we will probably take the cheapest flight to Miami and then Avianca from Miami to Managua. The walk will do us good and we'll save a bit on trip insurance since we just won't bother with insurance on the flight to or from Miami. 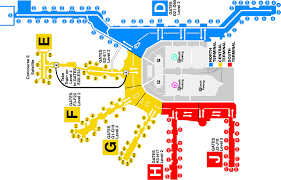