Unloading 'sticks' for the roof

The spur has been really great for getting building materials closer to where they're needed.   An earlier post showed a panga-load of block, stone, and bags of concrete...everything in that load was offloaded at the new dock.  It all had to be carried by hand, but not as far as if the load had gone to the original dock and then to the building site.
And when time came for offloading the very heavy concrete rings for the new well?   Not an easy job under any circumstance, but for sure less distance to move them from the new dock to where the new well was being dug.
Some 'sticks' to form the framework of the roof on the new house are coming off the pontoon boat, as well as a final couple of sheets of Plycem and some sheetrock. 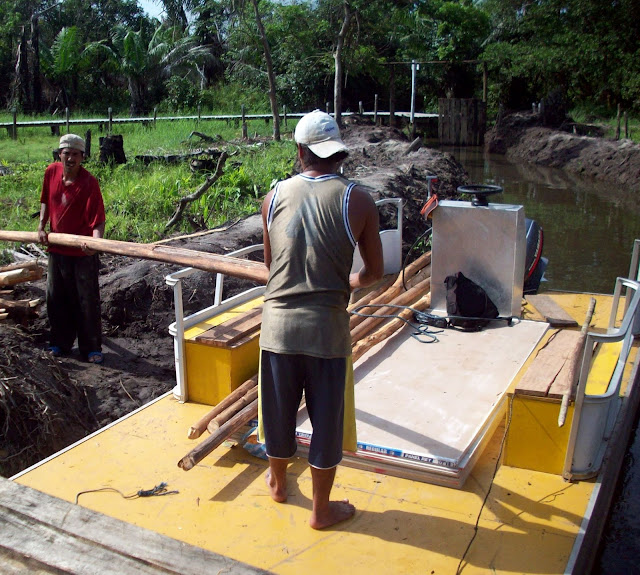 Roofing framework, safe behind the gate, ready to be installed 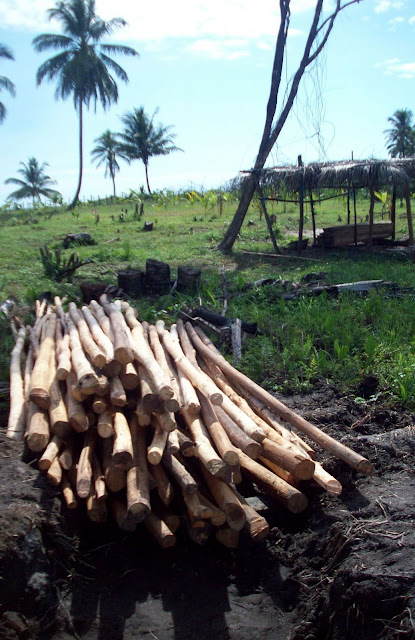