At False Bluff we've cleaned trash off the beach for more than a decade and still more trash rolls in on every tide. It would be wonderful if the stuff rolled out with the same regularity. Keeping the beach clean is a never ending fight as earlier photos throughout this blog show.

What you see in the picture immediately below used to be typical of our section of beach. If you take a stroll up or down the beach you will see how easy it is to locate just where False Bluff begins and ends...you can't get lost. The beach to the north of us and the beach to the south of us still looks like this. 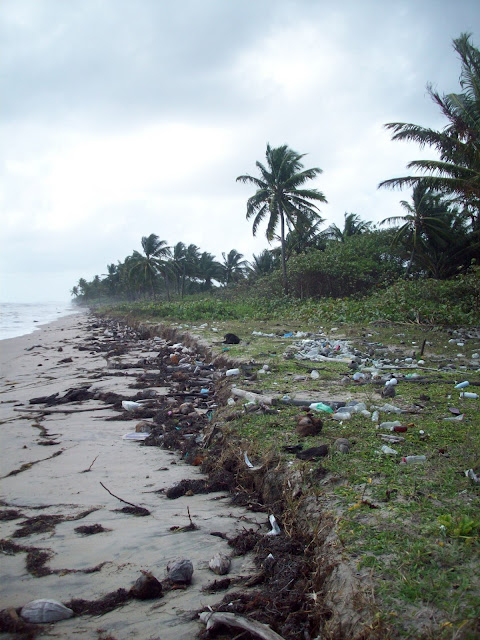 Now Bluefields has a mayor who is waging the same sort of fight against trash that we've been waging. But his is an urban environment with a lot more people to help clean up. He's going to have a fight nonetheless.

But a recent tropical storm, Bonnie, was a great educator. After people had to leave home to spend time in community shelters because of heavy rains and flooding, and after a couple of houses in town collapsed, the mayor explained that when the city's sewers get clogged water backs up and floods happen.

It became very clear, very fast, to almost everybody in Bluefields that a lot of the inconvenience - and more importantly a lot of the damage - from Bonnie's heavy rains was caused by the fact that the sewers were full of trash.

Here, people from Monkey Point (almost to Costa Rica) arrive at the main wharf in Bluefields to shelter in place: 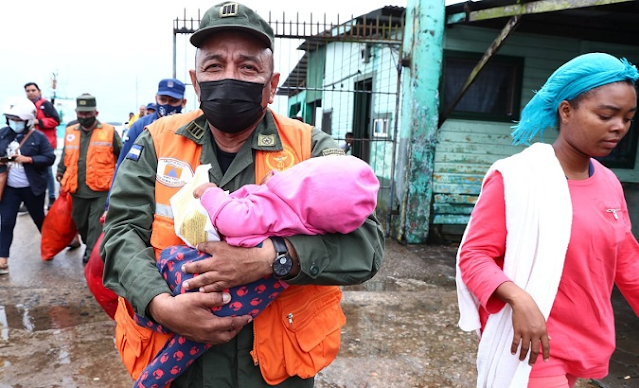 "Sewers should not be used as landfill" states city hall in a news story that went on to claim that "Unfortunately, the sewers remain full of rubbish that people throw away, hindering the passage of water, which facilitates flooding..."