The army had graciously (and unasked) extended my older son's contract, thus allowing him to serve fifteen months in Iraq.  Following his year in Afghanistan this rounded out his middle eastern experience but finally he was home safe and '...free at last...' to join his brother and me for a camping trip.  It would be his first trip to Nicaragua and to False Bluff.   To get to False Bluff we traveled as usual across the bay, around the point at El Bluff into the Caribbean, and north along the coast.   The boat capsized just as it turned toward the beach to drop us off.
My sons are smarter than I and both of them had sealed their suitcases in plastic bags before we checked out of the hotel to head to the boat;  their stuff stayed dry.   Had it not been for the fact that our food and cooking supplies had been packed in tightly sealed buckets, we'd either have gone right back to Bluefields or gone hungry. 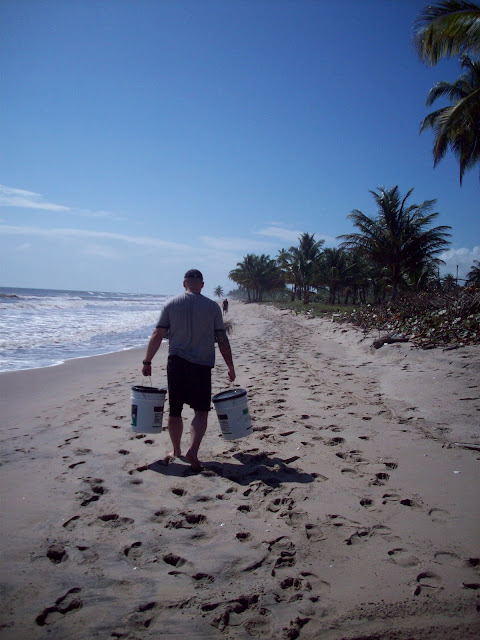 We hung our hammocks in a triangular clump of coconut palms right at the edge of the beach. 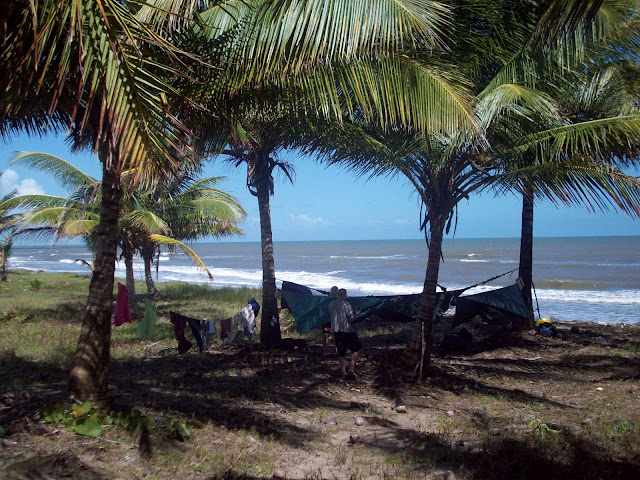 The breeze was constant (and eventually dried the contents of my suitcase though I had to buy a new phone from Claro); and the nights were cool enough for light sleeping bags or sleep sacks.   Cooking was tricky even with shelter breaking much of the breeze.   At this time most of the property was covered with brush and because of the undergrowth none of us strayed far from the sea breezes for long.   Moving behind anything that blocked air movement was like stepping into an oven but walking along the beach was just plain good. 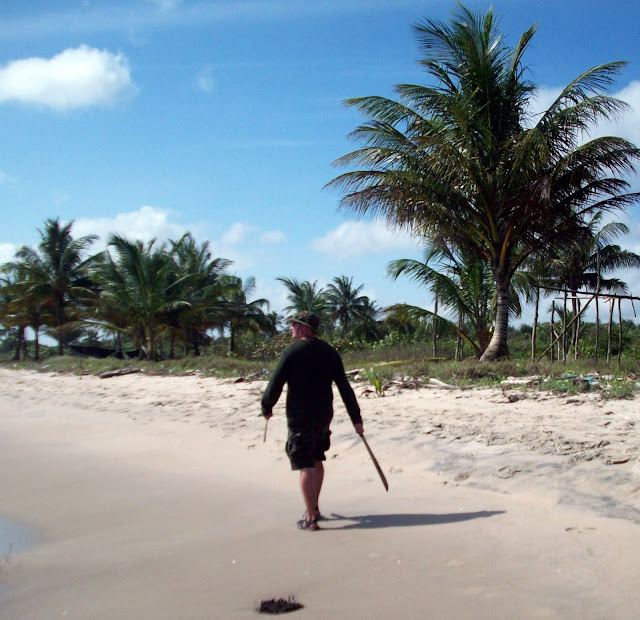 Before returning to Bluefields for our flight to Big Corn Island we donated remaining edibles to a neighbor at a fish camp up the beach and buried everything else:  machetes, oiled and double-wrapped in plastic; and cook stove and seasonings in the buckets.   I would later dig up our stuff, but that's another story.
Posted by False Bluff at 11:22 PM
Email ThisBlogThis!Share to TwitterShare to FacebookShare to Pinterest
Newer Post Older Post Home