...bored witless in a federal office in Washington, D.C., it occurred to me that spending the rest of my life on a beach would be better than being where I was, doing what I was doing. So as I got closer to the end of a career than to its beginning, I pursued the possibility of making this thought a reality. I glanced first at places closer to home; but even in that long ago time when there wasn't the buzz about Nicaragua there now is, what I did learn told me that the place had lots of what I thought I wanted.
At first, practical information about buying and living in Nicaragua was hard to come by; but during the years of digging into what was available, the body of information grew and I went where it lead me. Internet searches, music, online 'communities,' talks with those who'd been there already, and books: about war, about freshwater sharks, about the country's history...even an e-book by someone who'd settled in and had stuff to share.
Finally, the first trip. My older son, in the army, was Afghanistan-bound; his wife and my younger son and I were Nicaragua-bound.  After hearing that our destination was Nicaragua, most people I know acted as though they thought our trip would be “the trip to end all trips” - and that my older son would probably be safer in Afghanistan.

This is the story of False Bluff. 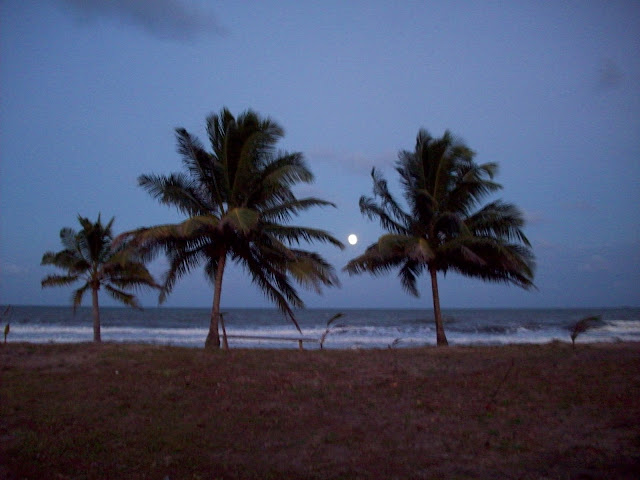