The first plan for opening a canal to boat travel, specifically an eight-foot wide, eighteen-foot long pontoon boat, was to use a dredge.  There is only one small dredge in Bluefields but then it is only going to be a small canal.   That idea turned out to be impossible but while this decision process was underway so was the construction of the dock, because I was sure I would need one soon.
The wood for the dock and for the boardwalk that would carry people from the dock across the boggy land at the edge of the canal-head was cut on site. The master of this process and later head of the 'canal-crew' uses a chain saw to slice a log into useable pieces of timber like I use a knife to slice a pound of cheese.   Using string and mono filament fishing line he and his helpers laid out the dock and boardwalk, sank the piers, attached the support timbers, and nailed the two-inch thick cross pieces overall using six-inch long galvanized nails.
The following series of pictures was taken with the Caribbean to my back looking toward the head of the canal where the work was taking place.   The large piece of rope (in the foreground of a couple of the pictures) had washed up on the beach.   The rope was nailed across the front of the dock to provide some protection to boats that I hoped would eventually knock up against the dock. 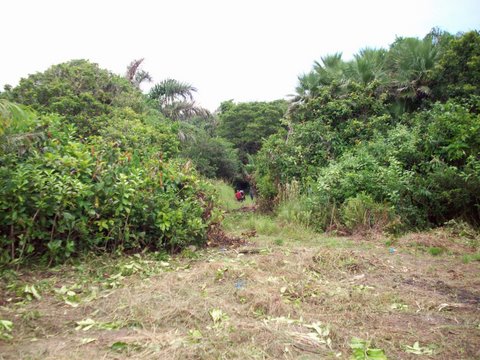 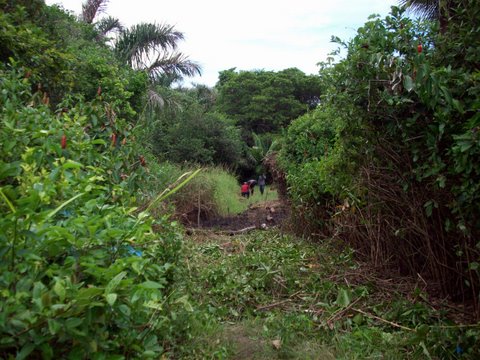 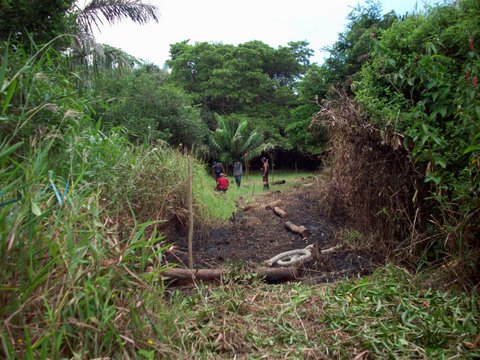 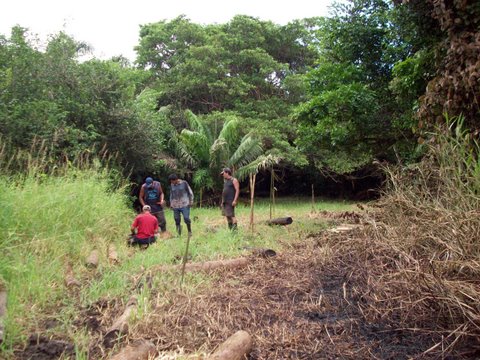 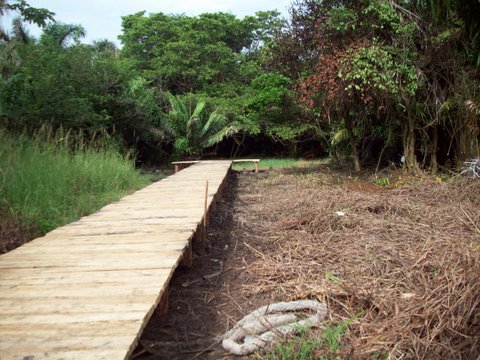 Once completed, the dock and boardwalk sat in the swamp, unused and impossible to access by boat for nearly three months while the canal was slowly opened up to it.
Posted by False Bluff at 8:59 AM
Email ThisBlogThis!Share to TwitterShare to FacebookShare to Pinterest
Newer Post Older Post Home